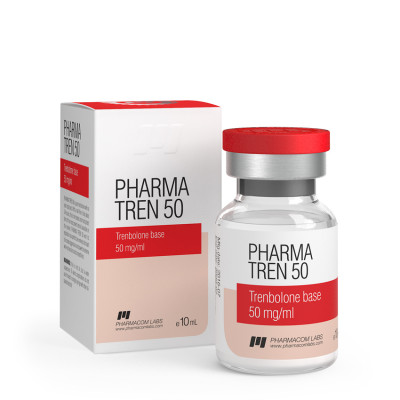 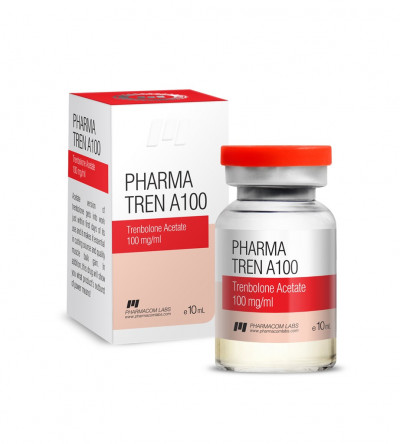 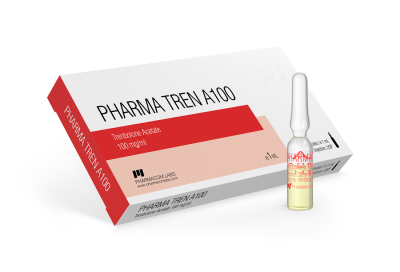 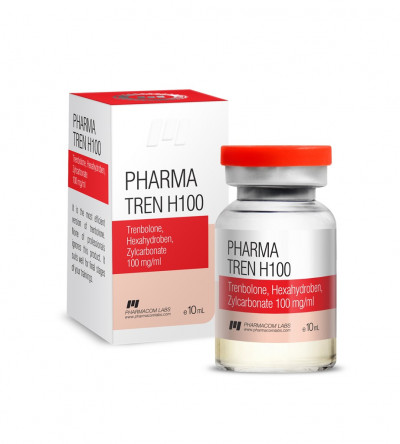 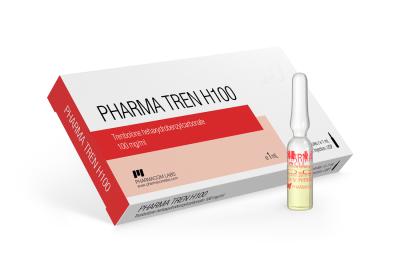 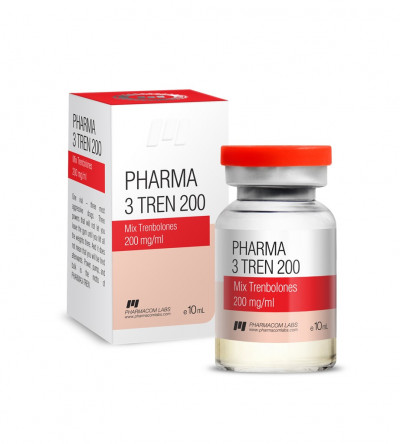 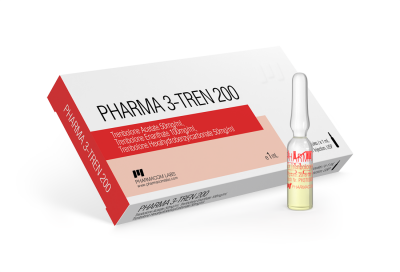 Trenbolone (Pharmatren) - anabolic and androgenic steroid, also known under the following brand names Pharmatren A100, Pharmatren A100 ampules and Pharmatren E200. Initially used in veterinary medicine for increasing appetite and lean body weight of livestock. Available in the form of esterified derivatives.

Trenbolone acetate (Trenbolone Acetate). The most popular form of the drug, which has the shortest period of action. Ether is stored in fat depots, the active ingredient is gradually cleaved in blood. Short period dilapidated predetermines high frequency injection, which can be uncomfortable for beginners. The average dosage of acetate ranges of 50-100 milligrams a day.

The bind ability of trenbolone is 5 times higher than from testosterone. This steroid is one of the most effective in terms of gaining lean muscle and increasing strength indicators. At the same time it should be noted a high rate of adverse reactions, exceeding the duration of the cycle and recommended doses. Steroid has gained popularity largely due to the fact, that steroid has no estrogenic activity, and is not subject to conversion into estrogens under the action of aromatase. Thus, excessive fluid accumulation and gynecomastia occurs. Suppression of testosterone production occurs due to the strong presence of progesterone activity. Often, athletes are faced with testicular atrophy, flaccid erection and decreased libido. Given that trenbolone - 19-nor testosterone derivatives, in terms of progestin activity, it has a lot of similarities with nandrolone. The steroid may bind to the progesterone receptor, which causes the occurrence of gynecomastia and significant decrease in libido. Detection time of trenbolone acetate, enanthate on doping control - up to 5 months.

• A significant increase in muscle mass. Trenbolone Solo Cycle allows you to gain to 10 kilograms.
• Decrease in body fat. The effect is enhanced by the stimulation of human growth hormone.
• Increased sexual desire and libido on the course.
• Reduced levels of cortisol.
• Increased power performance. Trenbolone solo cycle

Is very powerful, and is not suitable for beginners and women, due to the risk of side effects. There are some general guidelines to help create a safe course with minimal risk. The first dose should not be exceeded in order to obtain a faster and more pronounced effect. Boundary dosage for trenbolone acetate - 50 milligrams daily, for enanthate - 300 mg weekly. Secondly, athlete should begin with minimal doses, gradually increasing them to the optimum level, it gives the opportunity to experience the reaction of the body, and in the case of side effects to cancel the take of the steroid. On cycles exceeding 5 weeks, it is recommended to use gonadotropin (from the second week of the course, a dosage of 500-1000 IU weekly, prior to the third week after discontinuation of the drug). PCT after the cycle begins when the body is completely removed the drug - about 2 weeks after completing taking the enanthate or 2-3 days in case of acetate. An excellent choice for PCT would be Clomid of tormifene. Talking about Tamoxifen, it’s not recommended for trnbolone’s PCT because it increases progestin effects of Trenbolone. Restoration synthesis of endogenous testosterone should be made taking boosters during 3-4 weeks. Correctly chosen sports nutrition can increase the performance of the cycle.

Muscle gain goal does not require combo cycle, because the steroid itself copes with this task. Cutting is carried out with a combination of Trenbolone with Anavar or Winstrol. In the combined reception typically the half dosage of each steroid is used. The course lasts up to 8 weeks. The take of anti-estrogens is not necessary.

When setting the best components for the professional muscle gain combo cycle for experienced athletes, it is best to include testosterone enanthate and nandrolone. The duration of the cycle, in some cases lasts up to 15 weeks. However, with the rate of adverse reactions is relatively high.

There are the following negative manifestations of the drug: ​​rise in blood pressure, excessive aggression, excessive oiliness of the skin, acne, baldness. Preventive maintenance is carried out by introducing cabergoline and gonadotropins. The steroid is not toxic to the kidneys, however, the urine may be coloured by red derivable metabolites. With regard to effects on the liver, it is moderate. The probability of side effects increases with use of ephedrine and clenbuterol.