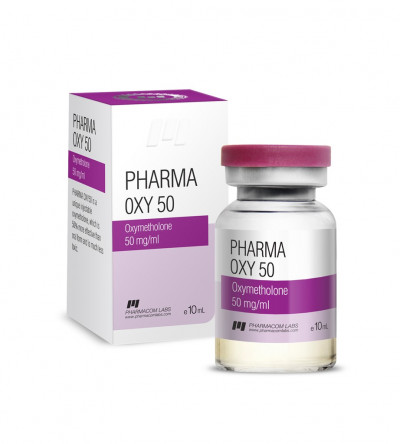 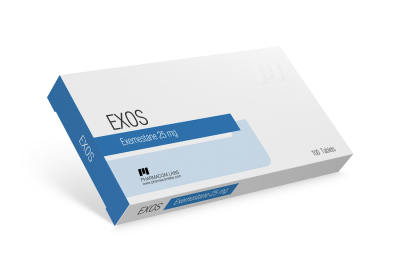 Oxymetholone - one of the most powerful anabolic and androgenic steroids. It appeared for the first time on the market in 1960 the company called Syntex Pharmaceuticals Anadrol. Originally used for medical purposes - to stimulate muscle growth in debilitated and malnourished patients, treatment of anemia and osteoporosis. Later, it was approved by the FDA (the US Food and Drug Administration) for human use. After some time, was invented more effective medications and steroid began to be used exclusively for sporting needs. However, recent studies have shown the effectiveness of oxymetholone in the fight against HIV.

The main quality of Anadrol is that it has a strong androgenic effect, that is on a par with the growth in the strength indicators, it increases at the same rate the muscle mass. This steroid contributes to the accumulation of water in the muscle tissue that makes the muscle more massive and bloated. In addition, fluid accumulation has a positive effect on the joints, so the growth of the working weights and increase the intensity of training will not affect the health of bones and ligaments.

• Anabolic effect - 320% of testosterone.
• Androgenic effect - 45% of the testosterone.
• The conversion to estrogen - there is a pronounced estrogenic effect.
• Impact on the liver - a moderate.
• Product form – pills and injections
• Duration of Anadrol - up to 15 hours.
• Period of detection by doping control - up to 8 weeks.
The effects from taking oxymetholone
• Intense muscle growth. The steroid is considered as one of the most effective means for muscle gain. Oxymetholone cycle can build up to 15 kilograms of lean muscle mass. This phenomenon of rollback occurs with 30% chance.
• Increased power performance.
• Improving the mobility of joints, eliminating the pain.
• Stimulation of synovial fluid.
• Reducing sex hormone binding globulin. The effect can be significantly increased by other anabolic androgenic steroids at the cycle.

Oxymetholone cycle is recommended for adult athletes without any contraindications. The full medical examination and consultation with a specialist is strongly recommended before running the cycle. The dosage and duration of the Anadrol solo cycle is calculated individually and depends on the goals and pharmacological experience, as well as characteristics of the organism. The recommended duration of administration is 4-6 weeks, the maximum permissible dose - 100 milligrams daily. Increased rates usually do not lead to better results and ususally increase the likelihood of side effects. Beginners should limit the dosages to 50 milligrams for reception once a day.
Anadrol cycle requires the post-cycle therapy session. The use of testosterone boosters are acceptable within 3-4 weeks to restore the level of endogenous hormone. The maximum effect of oxymetholone can be obtained by adhering to the appropriate diet. Anapolon a synergist, because it reduces the concentration of sex binding globulin hormones.

It is recommended to take Anadrol in combination with other AAS, exlucding the conjunction with the 17-alpha-alkylated steroids. Given the rapid anabolic effect Oxymetholone is good for the ""quick start"": the action feels almost immediately after the administration. Anapolon often used for muscle gaining with trenbolone, boldenone and Primobolan, to increase the power performance - with testosterone esters (but the latter mix is ​​quite dangerous for the cords, and at the wrong reception and exceededing the allowable loads can cause damage or even break) . Oxymetholone is also often used by bodybuilders before the competitions, because it gives the muscles the bodied look.

Liquid Anadrol it is produced in a very few quantities, and so far the Pharmacomlabs is the only respected manufacturer on the market, but and receiving 17-alkylated steroid tablets has a critical toxic effect on the liver. The advantage of steroid is the absence of estrogenic activity substances. But, despite this, there are often cases of gynecomastia, edema and excessive accumulation of fluid in the body. Structurally steroid is derived form dihydrotestosterone, and shows no progestogenic efects. Sometimes there are such side effects of oxymetholone as diarrhea, mild nausea, appetite loss. Compared with most AAS, Oxymetholone slightly reduces the level of endogenous testosterone.

The Oxandrolone has the reputation of one of the most dangerous AAS. Reviews about oxymetholone say the feasibility of building the ""ladder"" cycle, starting with the lowest dose. Daily dosage should be divided into equal shares for the purpose of providing a balanced hormonal level. Athletes notice a rapid increase in muscle mass and power indicators. At the same time there is a significant phenomenon of rollback at the end of the cycle. Reviews from Anadrol female audience is extremely rare, almost never used steroid by women due to the high probability of virilization and masculinization.