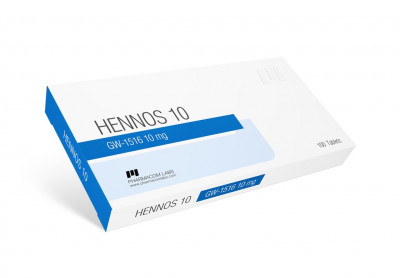 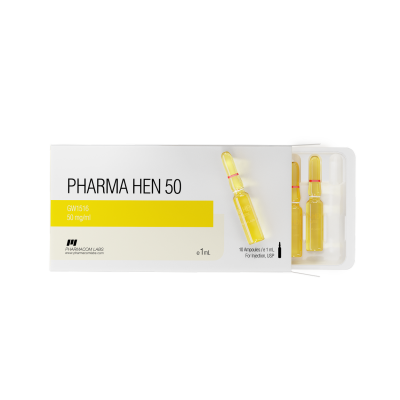 Scientific research of the drug

American scientists from the Salk Institute for Biological Studies in the course of their work under the direction of Ronald Evans discovered and tested two new substances able to substantially improve the strength and endurance of muscles. One of the detected chemical compounds demonstrated the ability to improve physical indicators, even in the absence of physical training.

Somewhat earlier study's lead author Ronald Evans was able to increase the endurance test, which was made possible as a result of integration into the genome of animals of the modified version of the cell nucleus receptor gene PPAR-delta, which regulates the metabolism in cells.

In the course of their work, scientists were able to identify a chemical compound which was called GW1516, and which is only partially able to meet the expectations of experts. The results showed that treated GW-1516 test subjects did not show any extraordinary abilities without training, but after the beginning of exercise, strength and endurance test rodents grew significantly faster than observed in conventional test after exactly the same exercise.

PPAR agonists are in clinical trials as a treatment for obesity and normalizing cholesterol levels. The mechanism of action of these compounds is fundamentally different from the action of anabolic steroids, which increase muscle mass without increasing endurance.

PPAR family of nuclear receptors involved in the regulation of multiple genes in a variety of metabolically active tissues. They participate in a systematic regulation of fat metabolism, acting as a sensor of fat acids, eicosanoids, prostaglandin and related metabolites. Recent studies using a strong and selective agonist of PPAR - GW501516 - have shown that activation of a subtype could cause reverse cholesterol transport and alignment of the profile of lipoproteins and triglycerides. PPAR agonists also affect the formation of the placenta, the processes of obesity co-factors colorectal cancer and diabetes.

GW-501516 shows the most effective results when combined with AICAR drug. A few weeks of administration of these drugs enhance the ability of muscle cells to burn fat and work tirelessly to lead to a change in the expression of many genes. But the main thing - they enhance athletic performance.

Receiving AICAR gives 44% increase in capacities of marathon rodents as compared with their counterparts, GW1516 - 68%, but in comparison with the ""trained"" individuals. However, the second option is more suitable for those who still have enough willpower to practice - it works only in combination with the loads.

Genetic analysis of adult guinea treated with GW-1516 for 5 weeks showed that muscles respond to the drug. ""But when we conducted physical tests, it did not see the slightest change, nor interest"" - admitted Evans.

But the real picture was shown in conditions of continuous training.

Changing the schedule of the day of one from the test group, adding 30 minutes exercise every weekday during four weeks, immediately revealed the difference. The studied characteristics increased with 68% in comparison with test group not taking the drug.

When exertion muscle cells consume energy in the form of a universal molecule ATP, turning it into AMP. Since ""well-fed"" AMP cell is very small, it is an incentive to start using ""alternative"" sources of energy, in this case - fats. In addition, decreased blood sugar levels, increased insulin sensitivity of cells, and the entire metabolism is enhanced. This is achieved by changing the activity of genes in the first place - the muscles and the liver, can not do this without the above-mentioned PPAR-δ.

Short, but representative experience of GW1516 use shows the following:

- drug is most effective on trainings. At the same time the closer you come to the biological limit the better it works. GW1516 prevents fatigue and exhaust feeling.

- mobilizes body fat. In contrary to the arguments of the motivational ""pumping"", but people have different power consumption in the process of training. In our practice happened when two different people working with the same weight at approximately an equal number of repetitions and reaching the limit of their personal capacities, upon receiving unequal effect. It is expressed in a strong delayed onset of muscle soreness, and almost complete absence of it in the other. This suggests that less energy spent on the same work because of his wish to limit the ability of the mobilization of the muscle fibers. GW1516 just forces to ""spend"" the accumulated energy.

- Supports the cardiovascular system. And this is expressed in the fact that when using anabolic steroids, usually increasing blood pressure, GW1516 keeps its normal level! It is necessary to explain why is so important. High blood pressure is the companion of hard training, a state of tone and performance. But when it is accompanied constantly, preventing the body from rest, the efficiency of workouts falls. It is matter how your body is able to relax, it depends on how he can exert. A good example - the pendulum from it deviates to one side, is directly dependent on how much he rejected in another. And that's not even to mention the distant benefits able to be received from the normal functioning of the cardiovascular system.

And most importantly, GW1516 really helps to improve athletic performance. In general, and very significantly, in species requiring strength endurance and simple endurance. But also in the kinds of power, if you do not forget the fact of an increase in the thickness of the muscle fiber doubled, up to eight times its blood supply is deteriorating and the total energy supply.

What can be said about the difference GW1516 and AICAR. GW1516 is stronger. In theory, too. But requires training. The purchase of AICAR is much more expensive than GW1516, significantly. And it is not at all related to his performance, as reasoned by particular production technology.